The Boys Crusade: The American Infantry in Northwestern Europe, 1944-1945


Abroad: British Literary Travelling Between the Wars was a pioneering academic examination of travel literature which examined the travel books of Evelyn Waugh , Graham Greene , D. Lawrence and Robert Byron. Fussell stated that he relished the inevitable controversy of Class: A Guide Through the American Status System [17] and indulged his increasing public status as a loved or hated "curmudgeon" [1] in the rant called BAD: or, The Dumbing of America In between, Thank God for the Atom Bomb and Other Essays [18] confirmed his war against governmental and military doublespeak and prepared the way for Wartime: Understanding and Behavior in the Second World War He was elected in a Fellow of the Royal Society of Literature.

Fussell died of natural causes on 23 May at a long-term care facility in Medford, Oregon. He had previously lived in Portland, Oregon for two years. From Wikipedia, the free encyclopedia. Paul Fussell. The Daily Telegraph.

Wartime: Understanding and behavior in the second world war. National Book Foundation. Royal Society of Literature. Archived from the original on 5 March Retrieved 8 August Associated Press. Retrieved 23 May Darby's Rangers: We Led the Way. William O. Experts at amphibious landings, night attacks, and close combat, the Rangers were the spearhead advancing U. And at their helm was William O. Darby, a forceful, charismatic man who inspired, and was inspired by, his troops. Against overwhelming odds in Tunisia, through the concentrated hell at Gela, on to the final kill at Messina and the Italian mainland, Darby and his Rangers led the way.

Henry Steele Commager. Drawing on previously unpublished eyewitness accounts, prizewinning historian Donald L. Miller has written what critics are calling one of the most powerful accounts of warfare ever published. Here are the horror and heroism of World War II in the words of the men who fought it, the journalists who covered it, and the civilians who were caught in its fury.

Miller gives us an up-close, deeply personal view of a war that was more savagely fought -- and whose outcome was in greater doubt -- than readers might imagine. This is the war that Americans at the home front would have read about had they had access to the previously censored testimony of the soldiers on which Miller builds his gripping narrative.

Miller covers the entire war -- on land, at sea, and in the air -- and provides new coverage of the brutal island fighting in the Pacific, the bomber war over Europe, the liberation of the death camps, and the contributions of African Americans and other minorities. 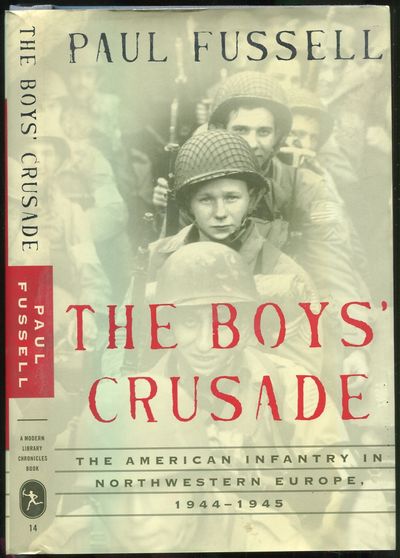 He concludes with a suspenseful, never-before-told story of the atomic bombing of Nagasaki, based on interviews with the men who flew the mission that ended the war. Stephen E. At the time, author and Pulitzer Prize-winning journalist C. Sulzberger received widespread praise for his authoritative account of the six-year war that involved more than fifty-six nations, resulted in the death of some 22 million people, and shaped the course of history. His work became a standard reference on the war.

Ambrose, one of the most highly regarded historians of our time, oversaw a major revision of this classic work.

Paul Fussell. Frank Kermode, in The New York Times Book Review, hailed it as "an important contribution to our understanding of how we came to make World War I part of our minds," and Lionel Trilling called it simply "one of the most deeply moving books I have read in a long time. Now, in Wartime, Fussell turns to the Second World War, the conflict he himself fought in, to weave a narrative that is both more intensely personal and more wide-ranging. Whereas his former book focused primarily on literary figures, on the image of the Great War in literature, here Fussell examines the immediate impact of the war on common soldiers and civilians.

He describes the psychological and emotional atmosphere of World War II. He analyzes the euphemisms people needed to deal with unacceptable reality the early belief, for instance, that the war could be won by "precision bombing," that is, by long distance ; he describes the abnormally intense frustration of desire and some of the means by which desire was satisfied; and, most important, he emphasizes the damage the war did to intellect, discrimination, honesty, individuality, complexity, ambiguity and wit.

Of course, no Fussell book would be complete without some serious discussion of the literature of the time.

He examines, for instance, how the great privations of wartime when oranges would be raffled off as valued prizes resulted in roccoco prose styles that dwelt longingly on lavish dinners, and how the "high-mindedness" of the era and the almost pathological need to "accentuate the positive" led to the downfall of the acerbic H. Mencken and the ascent of E. He also offers astute commentary on Edmund Wilson's argument with Archibald MacLeish, Cyril Connolly's Horizon magazine, the war poetry of Randall Jarrell and Louis Simpson, and many other aspects of the wartime literary world.

Fussell conveys the essence of that wartime as no other writer before him. For the past fifty years, the Allied War has been sanitized and romanticized almost beyond recognition by "the sentimental, the loony patriotic, the ignorant, and the bloodthirsty. In this stunning volume, he offers such an understanding.

He became a chronicler, a historian, a storyteller who turns the extremes of the war in the Pacific—the terror, the camaraderie, the banal and the extraordinary—into terms we mortals can grasp. Studs Terkel interviewed the author for his definitive oral history, The Good War. Now E.

The Boys' Crusade: The American Infantry in Northwestern Europe, 1944-1945

Based on notes Sledge secretly kept in a copy of the New Testament, With the Old Breed captures with utter simplicity and searing honesty the experience of a soldier in the fierce Pacific Theater. Here is what saved, threatened, and changed his life. Here, too, is the story of how he learned to hate and kill—and came to love—his fellow man.

This is the real deal, the real war: unvarnished, brutal, without a shred of sentimentality or false patriotism, a profound primer on what it actually was like to be in that war. The Great War and Modern Memory. Today, Fussell's landmark study remains as original and gripping as ever: a literate, literary, and unapologetic account of the Great War, the war that changed a generation, ushered in the modern era, and revolutionized how we see the world.

This brilliant work illuminates the trauma and tragedy of modern warfare in fresh, revelatory ways. Exploring the work of Siegfried Sassoon, Robert Graves, Edmund Blunden, David Jones, Isaac Rosenberg, and Wilfred Owen, Fussell supplies contexts, both actual and literary, for those writers who--with conspicuous imaginative and artistic meaning--most effectively memorialized World War I as an historical experience. Dispensing with literary theory and elevated rhetoric, Fussell grounds literary texts in the mud and trenches of World War I and shows how these poems, diaries, novels, and letters reflected the massive changes--in every area, including language itself--brought about by the cataclysm of the Great War.

For generations of readers, this work has represented and embodied a model of accessible scholarship, huge ambition, hard-minded research, and haunting detail. Restored and updated, this new edition includes an introduction by historian Jay Winter that takes into account the legacy and literary career of Paul Fussell, who died in May Thank You for My Service.